You are here: Home > Flag of Honduras

This year marks the 150th anniversary of the national flag of Honduras.

Adopted in 1866 and inspired by the flag of the short-lived Federal Republic of Central America (F.R.C.A.) (1823-1839), the 1:2 proportioned flag consists of an upper and lower blue horizontal band sandwiching a white band containing five blue stars. 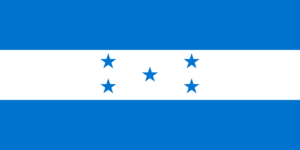 The two blue bands represent the Pacific Ocean and Caribbean Sea, the sky and brotherhood. The white band represents Honduras itself lying between the aforementioned bodies of water, peace, the prosperity of Hondurans and purity of thoughts.

In the center of the white band there are five blue stars arranged in an ‘X’ pattern – or depending on how you see them: ‘H’ for Honduras. These stars represent the nations that were once part of the Federal Republic of Central America: Costa Rica, El Salvador, Guatemala, Honduras and Nicaragua, whose current flags all take after the F.R.C.A.’s in some way. The stars also symbolise the hope of the five nations once again forming a union.

Bonus Fact One: Flag Day in Honduras is 1st September. 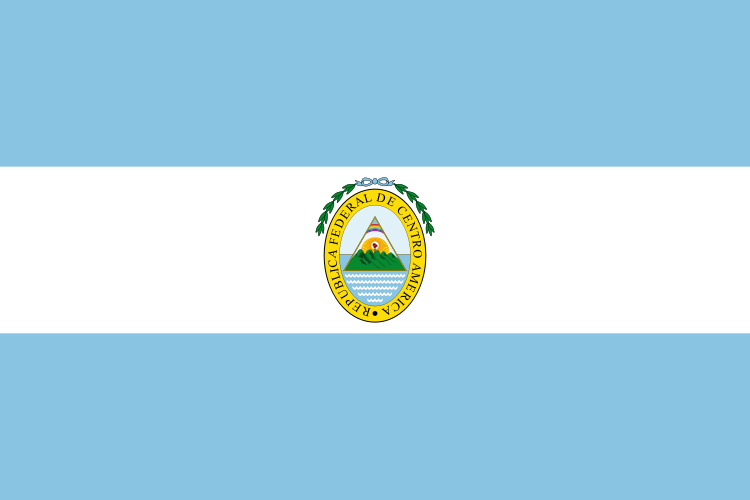 3 Responses to Flag of Honduras