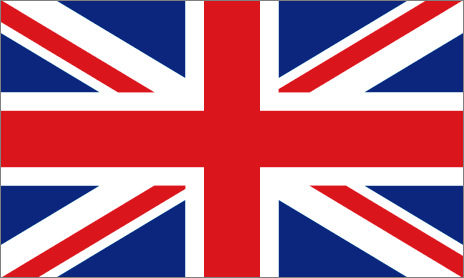 The Flag Institute recommends the following specification for the Union Flag (or Union Jack).

For guidance on the rules to follow when flying this flag, see UK Flag Protocol.

2. The proportions of the flag are 30 units wide by 50 units long

4. The two six-unit-wide diagonals run from corner to corner:

5. A red cross six units wide runs from edge to edge, centred on the flag

6. This red cross has a white fimbriation (or border) two units wide.

7. The flag should fly with the broader white diagonal on the side nearest the flagpole uppermost. 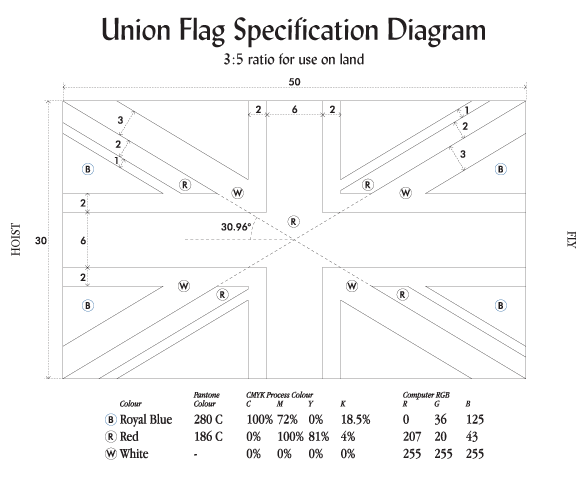 The Flag Institute submitted this specification to the UK Parliament during the drafting of the Union Flag Bill (2008).

It affirmed the Union Flag (Union Jack) as the national flag of the United Kingdom of Great Britain and Northern Ireland. It confirmed the flag’s proportions as 3:5 for use on land. It endorsed the flag’s dual names and provided a written description and diagram.

The bill was introduced under the Ten-Minute Rule on Tuesday 5 February 2008 but failed to progress beyond its first reading.