You are here: Home > Flag of the week: Australia

Flag of the week: Australia

It was designed by Ivor Evans (a 14-year-old schoolboy from Melbourne), Leslie John Hawkins (a teenage optician’s apprentice from Sydney), Egbert John Nuttall (an architect from Melbourne), Annie Dorrington (an artist from Perth) and William Stevens (a ship’s officer from Auckland, New Zealand).

Their entries in a national competition launched by Review of Reviews for Australasia, later merged with one launched by Australia’s first PM, Sir Edmond Barton, impressed the judges in the following criteria: loyalty to the empire, federation, history, heraldry, distinctiveness, utility and cost to manufacture. The designs were so alike they split the prize money of AU£200 between them.

With such a close resemblance to New Zealand’s flag, Australia’s is distinguished by its six white stars, which unlike last week’s Flag of the Week, don’t represent a state. The job is done instead by the Commonwealth Star, located under the Union Flag. Six of its seven points represent the federated states, while the seventh represents Australia’s other territories (Capital and Northern Territories and the Norfolk, Christmas and Cocos Islands).

The other stars make up the constellation Crux, more commonly known as The Southern Cross, and are all members of the Crucis family. Gamma (12 o’clock position) is the nearest Red Giant Star to our Sun. Delta (2 o’clock) is currently evolving into a Giant Star. Epsilon (4 o’clock) is an Orange Giant and has five points instead of seven. Alpha (6 o’clock) is the brightest star in the constellation, while Beta (9 o’clock) may have one or two companion stars. 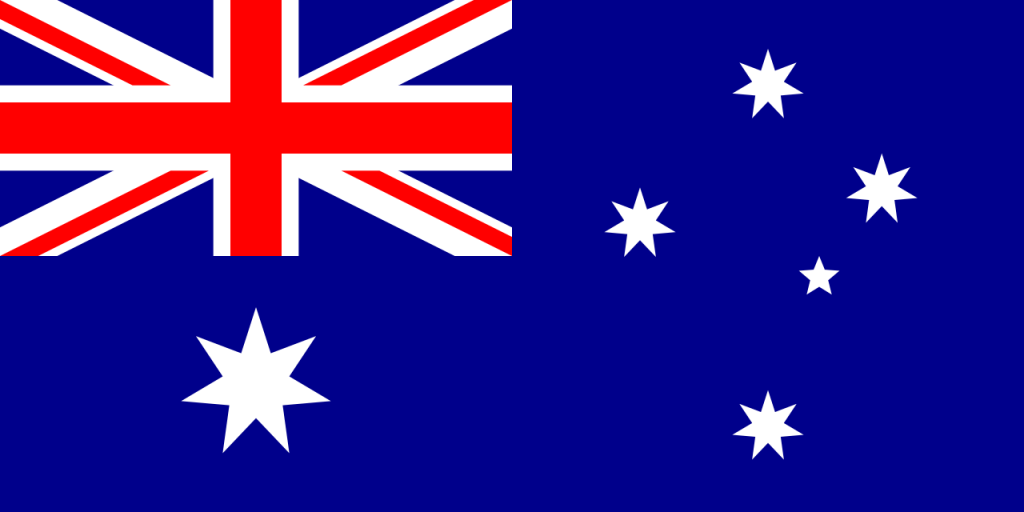 “The English flag may flutter and wave, where the world wide oceans toss, but the flag the Australian dies to save, is the flag of the Southern Cross.” – Banjo Paterson.

Bonus Fact: there were almost 33,000 submissions in the 1901 flag design competition. Some featured indigenous animals and even cricket.