You are here: Home > Flag of Norway: the mother of all flags

Flag of Norway: the mother of all flags 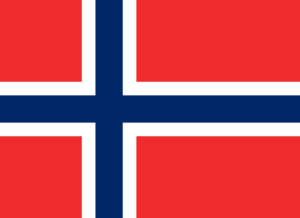 With proportions of 8:11 it certainly isn’t the largest. It isn’t unique in design either since all of Scandinavia (except Greenland) uses the iconic Nordic Cross. Red, white and blue is a colour combination dominated by the flags of the United States and United Kingdom to name only two.

Unlike the flags of several British Overseas Territories, none of Norway’s three overseas territories (Bouvet Island, Queen Maud Land and Peter I Island) have Norway’s flag in their canton (top left corner) because they don’t even have their own flag.

So why is Norway’s flag The mother of all flags?

Well, if you type ‘mother of all flags’ into Google Images you’ll see many images of Norway’s flag with several other national flags marked out within it. 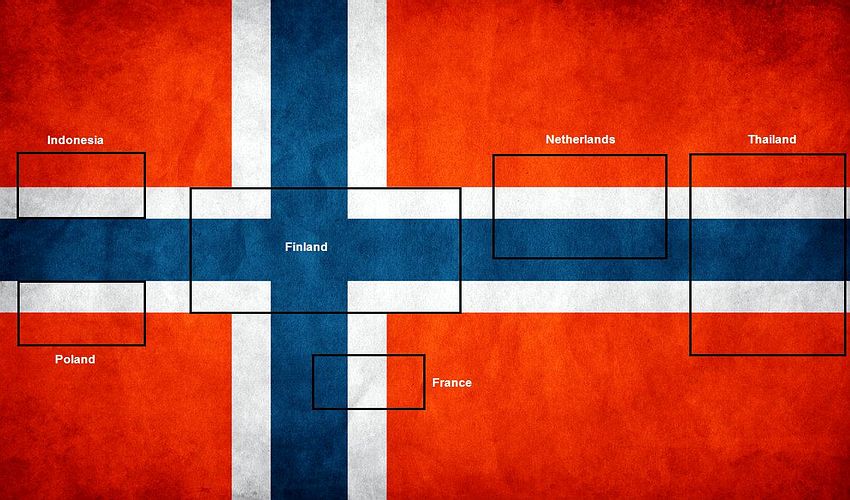 These flags are: Indonesia, Poland, Malta GC, Finland, France, Netherlands and Thailand. Serbia & Montenegro is also there if you look at an old enough version – it would be directly underneath the Dutch flag on the image above.

Also bear in mind that the Dutch flag is very similar to Luxembourg’s (and if you remove their coat of arms: Croatia and Paraguay) and Monaco’s is almost identical to Indonesia’s. In total that’s a minimum of nine current national flags which can be found within Norway’s.

Flag of Berlin
Flag of Yemen

9 Responses to Flag of Norway: the mother of all flags