You are here: Home > Flags at half mast for King Abdullah

Flags at half mast for King Abdullah

The flying of Union Flags at Half Mast following the death of Saudi Arabia’s King Abdullah has not been welcomed by some who question the nation’s human rights record.

Scottish Conservative leader Ruth Davidson MSP tweeted: “Flying flags at Half Mast on gov[ernment] buildings for the death of Saudi king is a steaming pile of nonsense. That is all.”, and that it was a “stupid act on its own and a stupid precedent to set.”

But the decision to fly flags at Half Mast from government buildings was made by the Department of Culture, Media and Sport after a formal request by Buckingham Palace as a matter of protocol. The funeral of foreign rulers of allied nations, upon command of the sovereign, is one of the criteria for flying the Union Flag at Half Mast.

“Just because you don’t like a country doesn’t mean you don’t have to work with them. You have to treat their head of state with respect.”

Regarding the criticism from Scotland, Graham told presenters Eleanor Oldroyd and Chris Warburton it was: “up to Scotland what they do.” 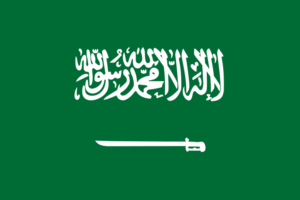 Saudi Arabia never flies its own flag at Half Mast because it contains the Islamic Shahada – the declaration of faith.

In a later interview with the BBC World Service Graham said people were perhaps: “getting diplomacy and their own personal feelings about Saudi Arabia mixed up.”

But has the government missed a trick that could have avoided this problem? Graham believes so.

“If we told Saudi Arabia we weren’t flying our flag at Half Mast because it’s their tradition they’d be quite happy with that.”

A new flag for Birmingham
Flag of Australia