You are here: Home > Flag of Liechtenstein 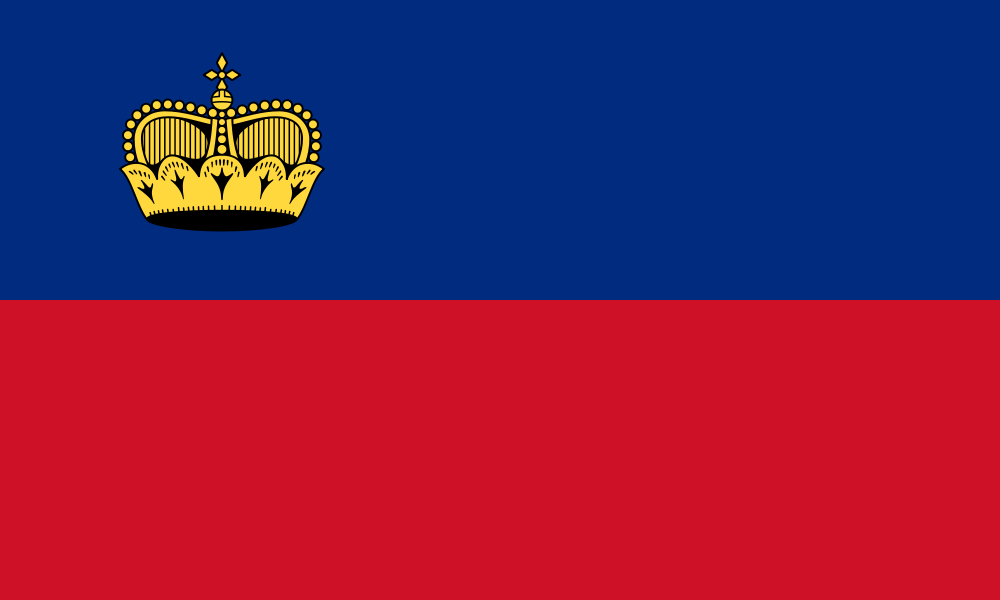 The Principality of Liechtenstein, the microstate between Switzerland and Austria, was formed within the Holy Roman Empire in 1719 and gained its independence from the German Confederation in 1866, having been a member since 1815.

The banner of the Princely House, a 3:5 proportioned flag with two horizontal bands (gold above red) was used as the national flag from Liechtenstein’s creation until 1852, when red and blue, the colours of Prince Joseph Wenzel I (reigns: 1712-18, 1732-45 and 1748-72), were adopted and the horizontal bands replaced by vertical ones.

This was the Principality’s flag until October 1921 when the design was rotated 90˚ anticlockwise in accordance with the nation’s constitution, thus granting it ‘official’ status. This was also the year Liechtenstein adopted Swiss currency, two years after Switzerland replaced Austria as Liechtenstein’s representative abroad after the fall of the Hapsburg monarchy. 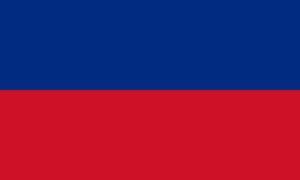 Liechtenstein’s flag’s most notable feature is the gold crown in its Canton, but it has so far yet to appear in this article’s text. That is because it was added after what must have been a rather awkward moment at the 1936 Olympic Games in Berlin.

One flag for two nations

The Berlin Olympics saw Liechtenstein make its debut appearance in the Summer Games, having made its Winter Games debut in Garmisch-Partenkirchen early that year. At the Berlin Opening Ceremony it was spotted that Liechtenstein’s and Haiti’s flags were absolutely identical. 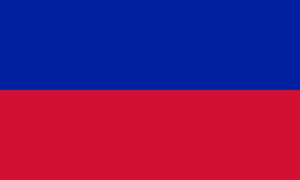 Fortunately for those in charge of medal ceremonies, Haiti’s only athlete withdrew prior to their event and none of Liechtenstein’s six athletes won medals.

To ensure their flags could be told apart in future, Liechtenstein added the now familiar crown on 24th June 1937. At the unveiling of the updated flag Prime Minister Josef Hoop (1895-1959) clarified the symbolic meaning for each colour: blue represented the sky, red the embers in a fireplace during evening gatherings, and the gold crown represented the unified heart and spirit of the people, the Princely House and Liechtenstein itself.

In late February 2004 Liechtenstein’s Financial Intelligence Unit called for a Falcon 50 private jet in Amman, Jordan, to be captured. Said plane carried the flag of Liechtenstein and was registered in Switzerland (the keeper of Liechtenstein’s civil aviation records), yet it belonged to the recently overthrown Saddam Hussein regime in Iraq.

The aircraft was seized in accordance with United Nations Security Council Resolution 1,483 and taken to Basel. The plane was entirely revamped and then returned to Iraq in December 2005. It was the first Iraqi aircraft to be seized following U.N. sanctions to be returned.

Whilst at one point having an identical flag to fellow country, Liechtenstein shares something else with another nation: the music of its national anthem. The melody to Oben am jungen Rhein (Up on the Young Rhine) is identical to God Save The Queen.

2 Responses to Flag of Liechtenstein