The flag of Easter Island, a special territory of Chile, was first flown in public alongside its parent nation’s flag on 9th May 2006.

Adorning its white background is a red Reimiro, an ornament worn around the chest. 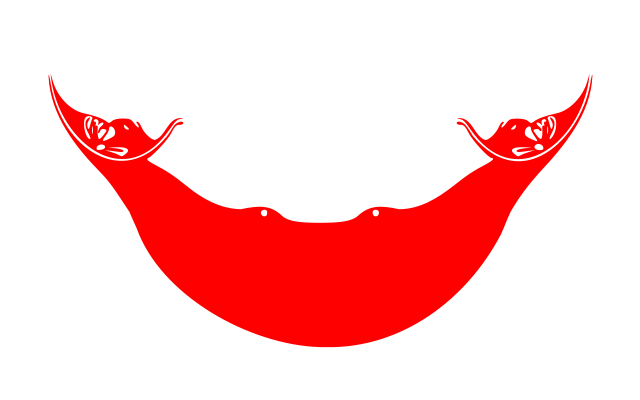 The Indiana University Art Museum says: “The Reimiro was worn by both men and women. It served as an insignia of high rank, and the paramount chief of the island was said to have worn two of them as pectorals and two others on his shoulders on special occasions. The crescent shape may refer to the moon, an association found throughout Polynesia. The significance of the heads is unknown, though they may relate to ancestors.”