You are here: Home > Chair of F&HC calls for immediate action on UK flag

Chair of F&HC calls for immediate action on UK flag

By ChiefExecutive on 19 September 2014 in Flag flying, News

“Since our founding in 2008, the Flags and Heraldry Committee has worked with the Flag Institute to promote proper governance of our national symbols. Together we have pushed government hard to recognise the importance of the kind of basic care of our national flag which other countries have long enjoyed for theirs.

Weighed down by poor advice and the vested interests of those giving it, progress within government on this issue has been interminably slow. Enough is enough;

I have now sought and received, from the Flag Institute trustees, their pledge to work tirelessly (with us and in the nation’s best interests) towards the speedy resolution of the UK’s flag governance deficit.

I urge Her Majesty’s Government to take action to resolve this vital issue once and for all before the end of this Parliament.” 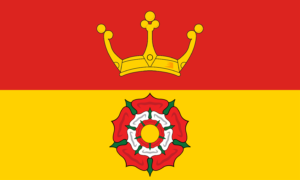