You are here: Home > Freedom to fly flags

By Webmaster on 3 November 2012 in Flags in the News, UK Flag Registry News 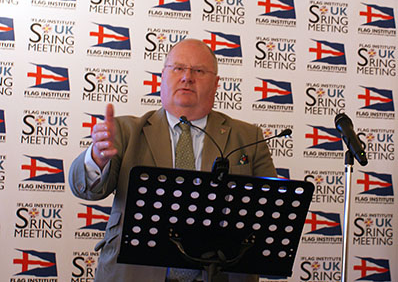 The following press release is the official Flag Institute response to the announcement by the Department for Communities and Local Government on the relaxation of UK flag regulations on 20 September 2012:

The United Kingdom is Unique

The UK is perhaps unique among modern democracies for its relative lack of flag-related laws. What is even more unusual is that those few regulations which do exist have often seemed designed to stop ordinary people from flying flags.

Stories such as these…

Hero in a flap over flag ban

…have been commonplace in the British press as frustrated flag fans have fallen foul of outdated and poorly thought-through regulations.

The Flag Institute therefore welcomes today’s relaxation of flag flying regulations. Communities Secretary Eric Pickles’ announcement fits perfectly with the nation’s mood, following on as it does from the Diamond Jubilee and the most remarkable Olympics of the modern era.

However the plan was born more than a year ago in 2011 when Mr Pickles announced his flag review during a keynote speech to the Flag Institute Spring Meeting.

In a passionate and well received speech Mr Pickles told delegates and flag experts from around the world that “the UK is very lucky in having – in the Institute – a group of dedicated and informed people who do a great deal to make sure that that respect is given [to flags]”. He went on to express the hope that his department would have ‘the chance of continuing to talk with [the Institute] over the months to come” in order to turn his flag regulation plans into a reality.

A team of the UK’s top flag experts led by Flag Institute CEO Charles Ashburner has since worked closely with Mr Pickles’ team at the Department of Communities and Local Government, devoting many hundreds of hours free of charge to the nation’s flag cause.

I congratulate the Secretary of State for resolving a long standing problem about flying flags in our country and am delighted that the new flag flying regulations have been published. I am extremely proud of the way in which the Flag Institute has helped in this process. This is a very good development indeed.”

What Are The Important Changes?

I welcome these changes which will give people greater freedom to fly the flags they want, without the need to apply for planning permission.

From now on we can fly the flags of any island, county, district, borough, burgh, parish, city, town or village of the United Kingdom, the Crown Dependencies, the British Overseas Territories and the various flags of the Armed Forces. At long last sports supporters can fly the flag of their favourite team without being threatened with a fine. The changes also include measures that make it easier to install flagpoles on or next to a building, with appropriate safeguards for conservation zones and other places of special interest.

Hopefully the next few years will see more flags flying in our communities, adding colour and movement to the built environment.”

Flags are important to all UK societies and social groups. They are emotive symbols of unity, sport, protest, and patriotism. In our super fast world of instant news and ever changing technology flags remain the ultimate symbol of identity. I therefore welcome Mr Pickles’ changes as the most significant shake-up of flag regulations in a generation.

The relaxation of flag flying regulations is something which everyone who believes in freedom of expression should support. This really is a new Freedom to Fly Flags.”

The Flag Institute is a thriving membership-based flag organization – the largest in the world, with members on all six continents – and the national vexillological organization of the United Kingdom.

2 Responses to Freedom to fly flags